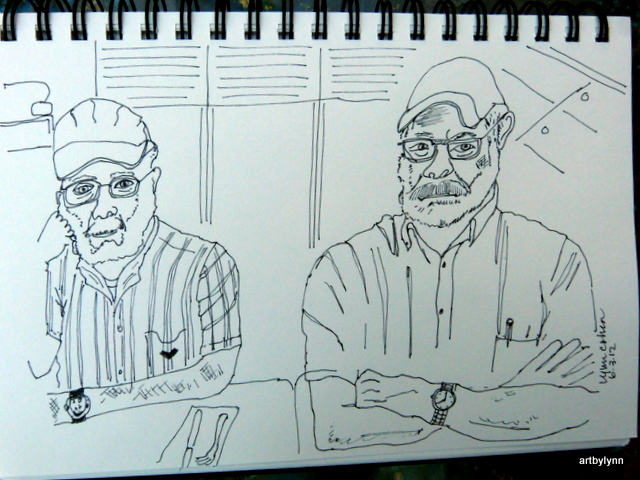 On Saturday night
My brother (left) and my husband (right)
sat across from me at dinner
at Amicis' Italian restaurant.
The food was delicious!
I took a photo of them
and
on Sunday morning I drew them from that photo. 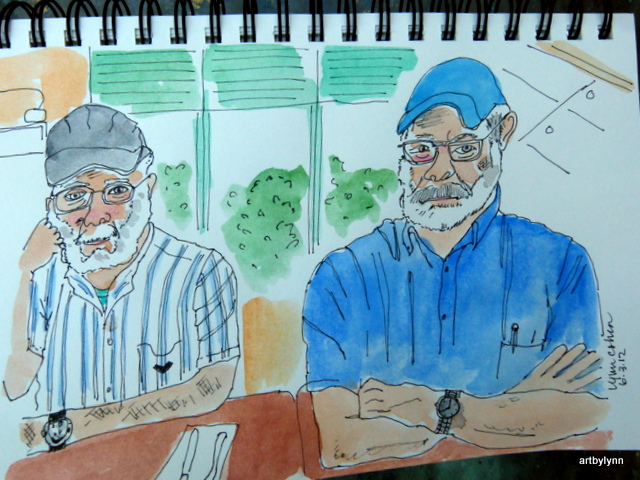 When people see me with my brother they sometimes think he's my husband; even family members sometimes call them by the other's name! One is taller (DH), but still there is a remarkable resemblance due I think to the beards and mustaches, hair color and dour expressions.  There is no blood relation there! (except my brother and me, he's my real brother. I was NOT adopted like he is often telling me I was!)

Actually they were smiling more in the photo, but they came out looking rather dour! Several drawing oops' here too. My brother is not punching himself in the jaw...his elbow is supposed to be resting on the table top. Oops! My husband does not have pink eye. I was trying for some blush color but missed. Oh, and they both have blue eyes which I neglected to paint in. Oh well...none of us is perfect. 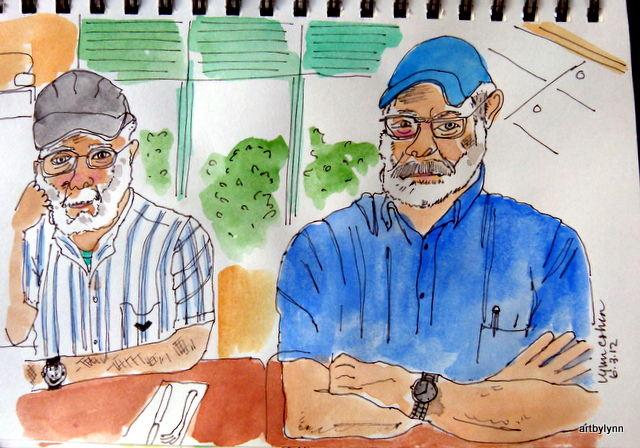 I couldn't stand it...I added a line under my brothers elbow so now he is resting. Hated leaving him hanging suspended in air...

However, speaking of being suspended in air: 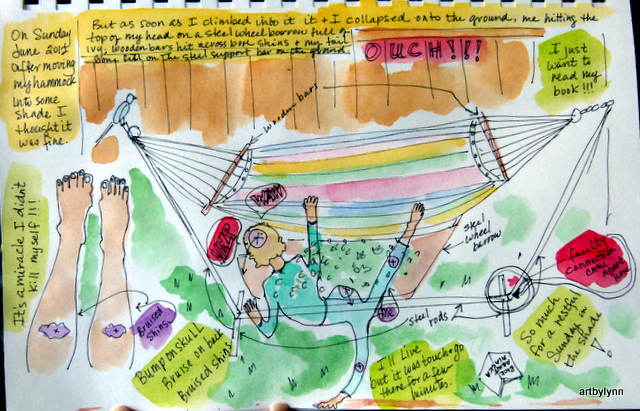 Maybe you can read this journal page and maybe you can't.
The story goes thus: I wanted to lay in my hammock but it was in full sun. So I dragged it to a corner where there was some shade. HOWEVER, I neglected to make sure I had pushed the long white steel bar on the far right side into the bottom bar that connects to the bar on the left. See red X at joint point circled in lower right corner of picture.

What happened next happened fast and furiously. I got into the hammock with my book per usual.
But because I had not secured the pieces together firmly enough they came apart and I went flying to the ground, but not before my head hit hard on the steel wheel barrow under a lot of ivy next to the hammock; my shins both received a hard whack from the wooden bars which hold the ropes in place; and my back tail bone landed on the steel bar across the ground under the hammock.

And that my friends was my restful Sunday!

I laid there stunned for a few minutes...I knew my husband had gone to the store...the dog next door barked behind his fence. No one came to my rescue. I felt around for possible broken bones, blood
(g-d forbid)...but except for some fast appearing purple bruises on my shins and an ache in my lower back and a bump? on my head I decided I was probably okay. I went in the house and read in my recliner (safer) and later went back out and fixed the hammock. Got to get back up on the horse. I did.

I am sharing this a day late with
Sunday Sketchers
!﻿
Posted by Lynn Cohen at 1:00 AM

Email ThisBlogThis!Share to TwitterShare to FacebookShare to Pinterest
Labels: brother and husband, drawing in ink, watercolor

Thanks for leaving your comments as I love hearing from you. Your words of encouragement are why I continue to draw!

I started my blog, formerly called "Getting My Feet Wet" in 2007. Then I was posting mainly art quilts and photos of family happenings. In more recent years I started drawing and in 2014 became a regular student in Sketchbook Skool. My art has grown expeditiously since then. Now you will be following along my day to day happenings, as I chronicle them in art journals with ink, colored pencils, watercolor and most recently, Copic markers, which are alcohol based and blend really well. I hope you enjoy the journey with me.

My Art Journal Where I draw nearly daily. You are invited to follow along. 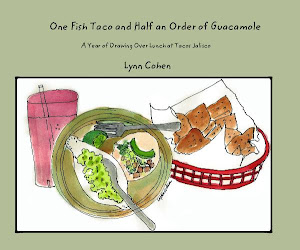 How I overcame my fear of drawing in public! Click on book cover to preview and order your copy now! 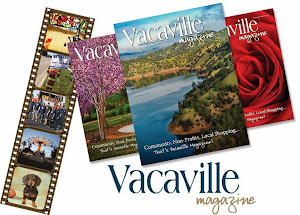 Link to Life Drawings by Lynn Up Dated Nov 2015 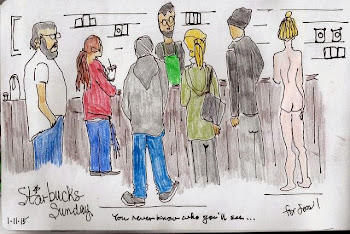 Click on photo which will take you to the LIFE DRAWING PAGE! 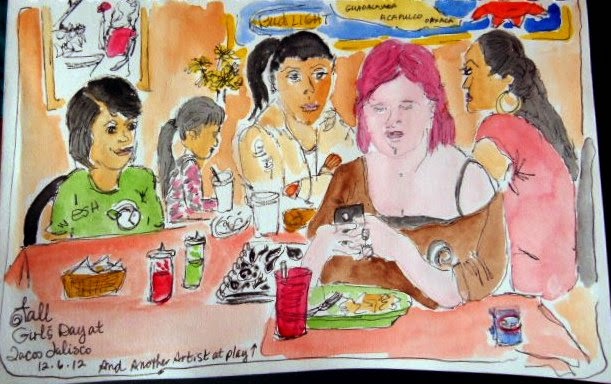 "The Girl With Pink Hair at Tacos Jalisco"

Published in Seth Apters Book: The Pulse of Mixed Media and Sold to Joss in London

PUBLISHED: Lynn is one of the 100 Artists Published in Seth Apter's New Book! 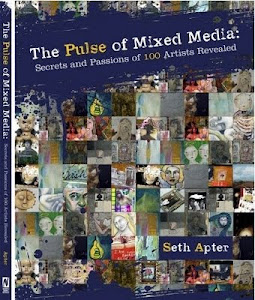 Click to find your way to an awesome experience 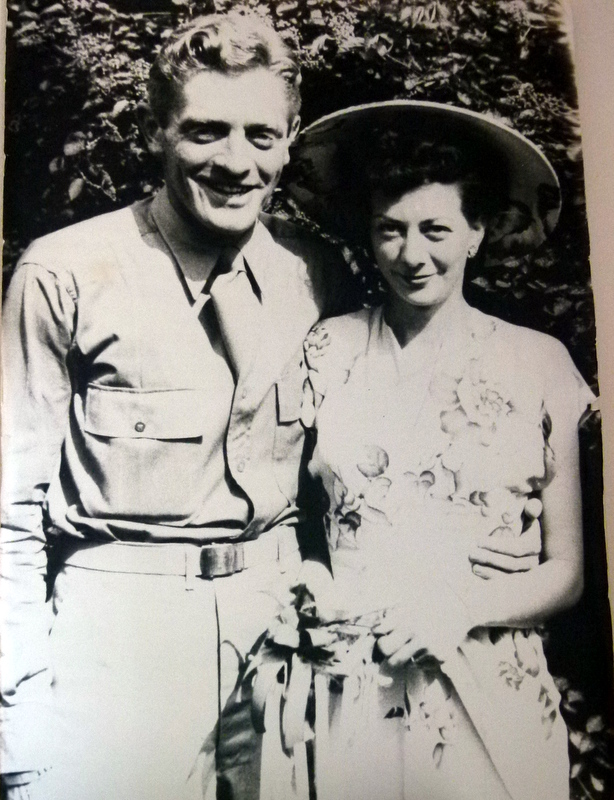 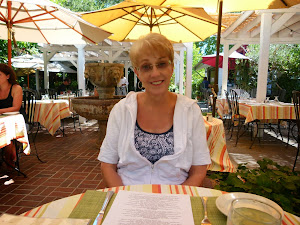 Patty and I were best friends for 73 years! I loved playing with her as a little girl living across the street from each other, and I loved playing with her as adult women. Neither of us had a sense of direction and we had fun getting lost in nearby towns and laughing trying to find the car that we may have walked by who knows how many times! I miss that laughter and that friendship. Patty was also my best art critic (she loved everything I did and had pieces of it hanging in every room of her home) Thank you Patty.

All text, art/photography is the property of Lynn. Please do not copy without permission from Lynn. Thank you for your honesty and respect.